Katipult attracted industry leaders from some of the most successful tech and financial services companies to its Board of Directors. Learn why they joined the Katipult team!

You can learn more about the board members and their backgrounds.

Mr. Shapiro qualified as an English solicitor and practiced corporate law in the United Kingdom for one of London's leading commercial law firms before pursuing a 25-year career in investment banking. He is a seasoned corporate finance practitioner, working at Board level for Charterhouse Bank Limited and CCF Charterhouse Corporate Finance Limited and as a Director of HSBC Investment Bank, advising a range of public and private corporations on capital markets issues, corporate strategy and Mergers & Acquisitions in London and New York.

In 2001, he Co-Founded and acted as Managing Director of Amethyst Corporate Finance PLC, a London-headquartered boutique advisory firm focused on mid market M&A advisory work. In 2014, he immigrated to Canada where he has pursued a plural career combining voluntary work with private sector engagements and investments; among his roles he has served on the Advisory Boards of Bit Stew Systems, Inc. and Stanton House Limited, acted as a Trustee of West Vancouver Memorial Library and served as a Director of the West Vancouver Memorial Library Foundation.

Mr. Shapiro is a member of the Company's Audit Committee and Compensation and Governance Committee.

Read the interview with Marcus about his reasons for joining Katipult here.

Brian is a former CEO of Solium Capital Inc, and had been instrumental in transforming Solium (TSX: SUM) into a company with over $100 million revenue prior to being acquired by Morgan Stanley for ~$1.1 Billion.

Prior to joining Solium full-time, Brian founded and was President and CEO of Stormworks Ltd., a privately held e-business services company that was acquired by Solium in 2002. Brian invests in many early-stage companies, including energy and technology start-ups. Brian has gained board and audit committee experience at several public and privately held companies.

Jeff Dawson has been the Chief Financial Officer of Academic Partnerships since August 2016. Prior to joining Academic Partnerships, Mr. Dawson spent more than eight years with Match Group (NASDAQ: MTCH) where he held multiple leadership positions including CFO, Dating, VP Finance and Director of Finance. His prior experience also includes ten years of leadership experience with American Airlines, Airband Communications, and PriceWaterhouseCoopers.

Mr. Dawson brings experience in financial planning and analysis, accounting, mergers and acquisitions, customer acquisition, customer retention and analytics. Mr. Dawson holds a Master of Business Administration with a specialization in Finance/Financial Consulting from Southern Methodist University Cox School of Business, and a Bachelor of Business Administration with a concentration in Finance from the University of Texas at Austin.

Read the interview with Jeff about his reasons for joining Katipult here.

David Jaques has held senior financial positions in banking, corporate and venture capital. In his early career, he held various positions with Barclays Bank in London and provided advisory services in currency and interest rate risk management to the bank's corporate clients. He held a similar role at Barclays Bank, New York from 1988 to 1993.

He was Senior Vice President and Treasurer of Silicon Valley Bank between 1994 and 1999; founding CFO for PayPal from 1999 to 2001 and CFO of BlueRun Ventures from 2001 to 2008. Since 2008 he has provided CFO consulting services with Greenough Consulting Group and has held board position at UBL Interactive, Inc., Mobivity Holdings, Inc., Bluedot Interactive, Inc. and Digitzs Solutions, Inc.

Mr. Jaques holds a Higher National Diploma in Business Administration from Polytechnic of the South Bank, London, and is a UK Chartered Certified Accountant (inactive).

Read the interview with David about his reasons for joining Katipult here.

Paul Sun has over 20 years of business experience and has held numerous senior roles at investment banks including Scotia Capital, Desjardins, and Beacon Securities.

Paul has provided financial solutions from small start-ups to billion dollar market-cap companies and has been involved in many transactions across the entire capital structure. He has built an extensive investor network and is a trusted advisor. He has also held project and operations management positions at a number of private and publicly traded companies.

Paul is acting CFO of Draganfly Innovations Inc. and sits on the board of Global Gardens Group (TSXV:VGM). He was awarded his Bachelor of Applied Science and Engineering from The University of Toronto and his Master of Business Administration from the Schulich School of Business. He holds the Professional Engineer and Certified Financial Analyst designation.

Paul is as passionate about the markets as he is about innovation. Read the interview with Paul about his reasons for joining Katipult here. 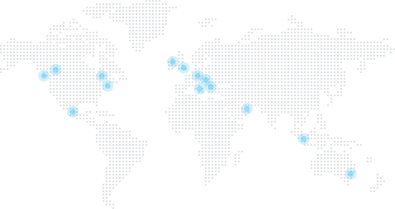